India’s star player Sharath Kamal tapped into his bag of experience to give Chennai Lions a nerve-wracking 8-7 victory over Goa Challengers in the Ultimate Table Tennis here on Wednesday.

The World No. 32 first shepherded a shaky Petrissa Solja to collect two crucial Mixed Doubles points for his side; he, then, absorbed a big scare from Amalraj Anthony to add two more into the team’s kitty in the reverse Men’s Singles.

His 4 points, coupled with 2 from Portugal’s Tiago Apolonia and 1 from Petrissa, meant that the Lions needed only 1 more point in the fifth and final clash.

The Women’s Singles, featuring two Indians, saw Madhurika Patkar steal that solitary point against a rampaging Archana Kamath to seal the win for the Lions. Madhurika lost 1-2 but pumped her fist in delight at saving the day for her team.

Earlier, Goa’s Cheng I-Ching too survived a minor scare to put her side ahead in the opening Women’s Singles.

The World No. 8 from Taiwan spurted to a big 6-0 lead in the first, only to see Petrissa claw back into the game, allowing it to go all the way to 10-10.

Cheng, however, unleashed a powerful forehand to clinch the crucial golden point and the first point for her team.

She was on song in the second set, though, racing away to a commanding 9-1 lead. She conceded only one more point to give herself a nice big win.

The final set, however, saw a different story unfold. Petrissa played a steady game to win it 11-6, tossing one point into the Lions bag.

In an all-European Men’s Singles clash, Portugal’s Tiago Apolonia put up a dominant display to bring the Lions back into the game. Tiago pulled out his big shots to unsettle Alvaro Robles of Spain.

Tiago won the first set 11-5 but lost his way in the next, capitulating to a 2-11 defeat. He, however, regained his composure to clinch the third set 11-7.

In the crucial Mixed Doubles, Sharath & Petrissa fell behind straight away, losing to Amalraj Anthony & Cheng I-Ching 9-11 in the first set. Sharath, however, went on the offensive to collect crucial points to set up a 11-6 win.

The decider was a humdinger, with Sharath-Petrissa conceding the early advantage. They, however, fought back from 4-8 down to make it 10-10, before claiming the golden point.

In the reverse Men’s Singles, Sharath once again began on the wrong foot, giving away the first set rather easily at 2-11. He, however, was back to his usual attacking self, jumping to a 6-1 lead. He held on to the advantage to close it 11-9.

In the decider, he was well poised at 10-6 but Amalraj, looking as cool as is possible in a cauldron, made it 10-10. It suddenly became a tense encounter, ending with Sharath’s slow, low serve which brooked no response from Amalraj. 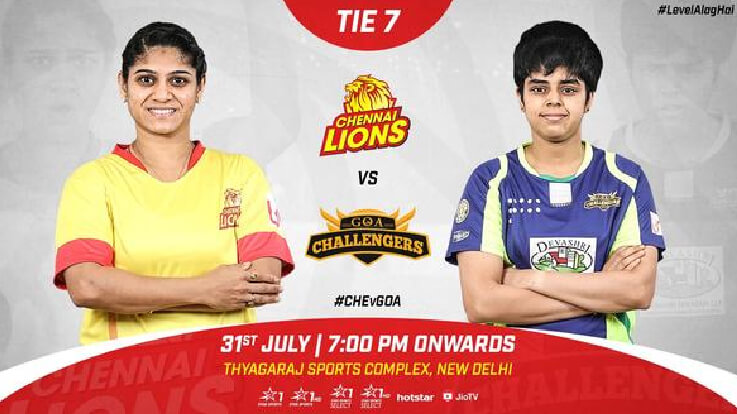 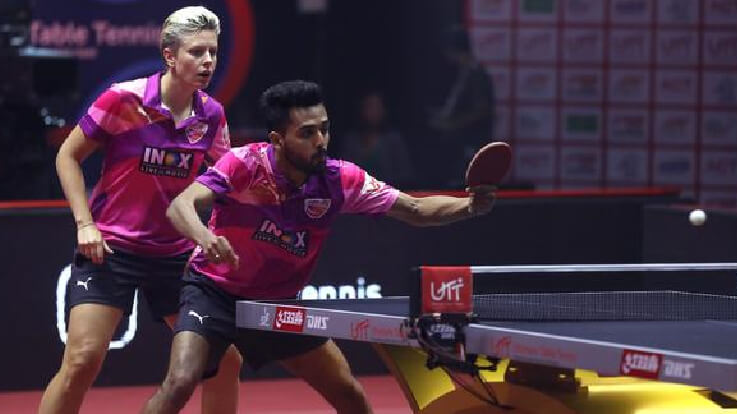 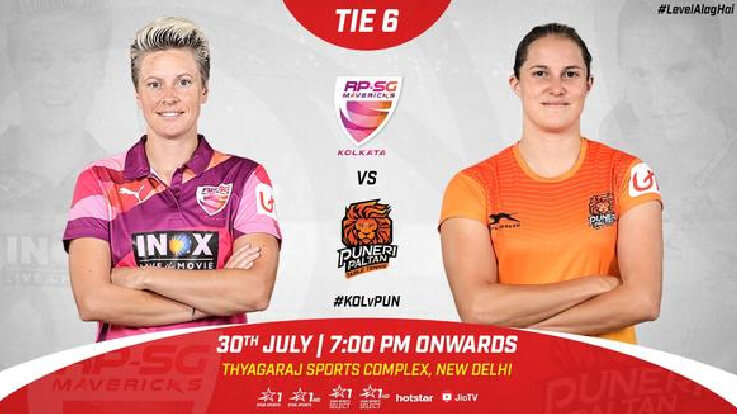 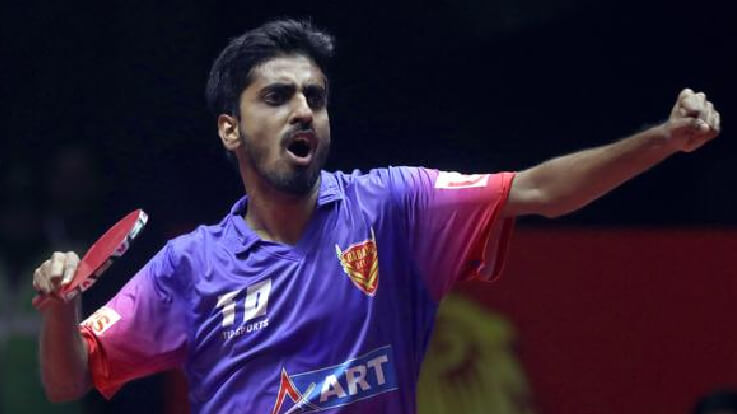 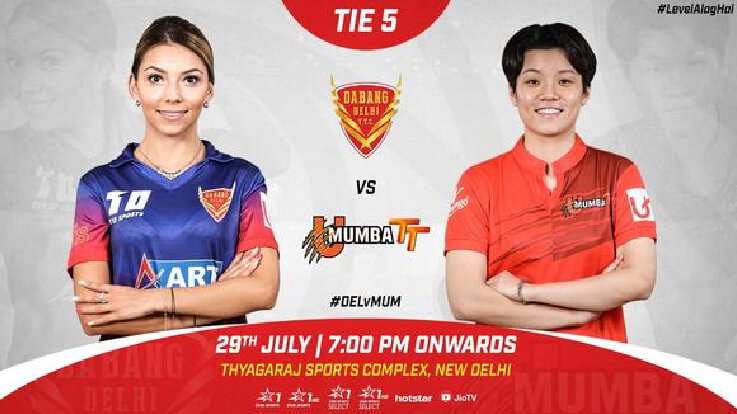 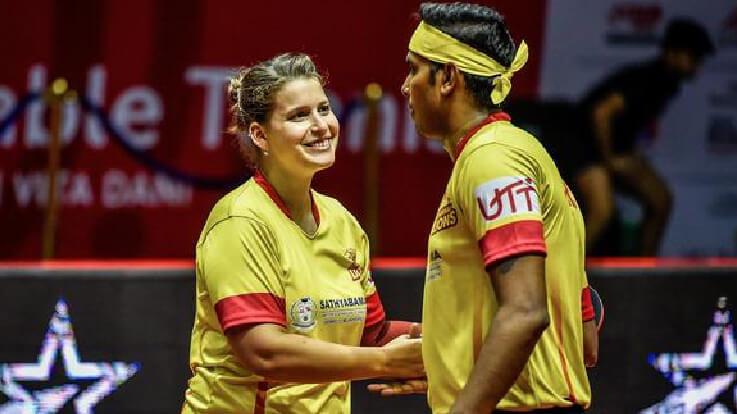 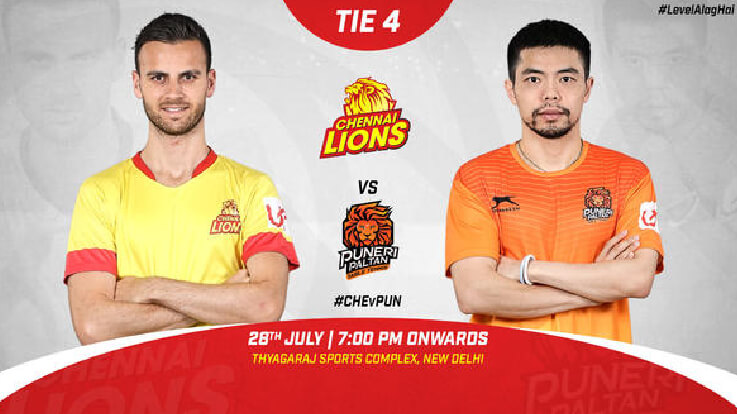 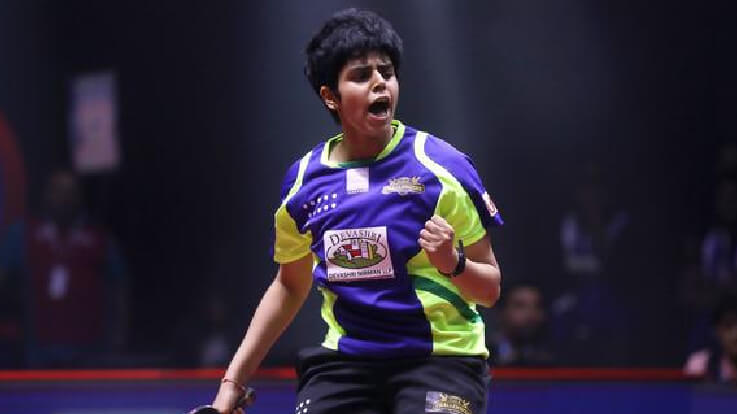